7 Things You Didn’t Know Were NFTs

While the majority of NFTs on the market represent digital artworks, there are more unusual ways in which people have used the technology. We’ve collected seven of the most interesting NFT projects out there and put them in this article – because you never know what creativity could be inspired by these wonderfully weird NFTs. 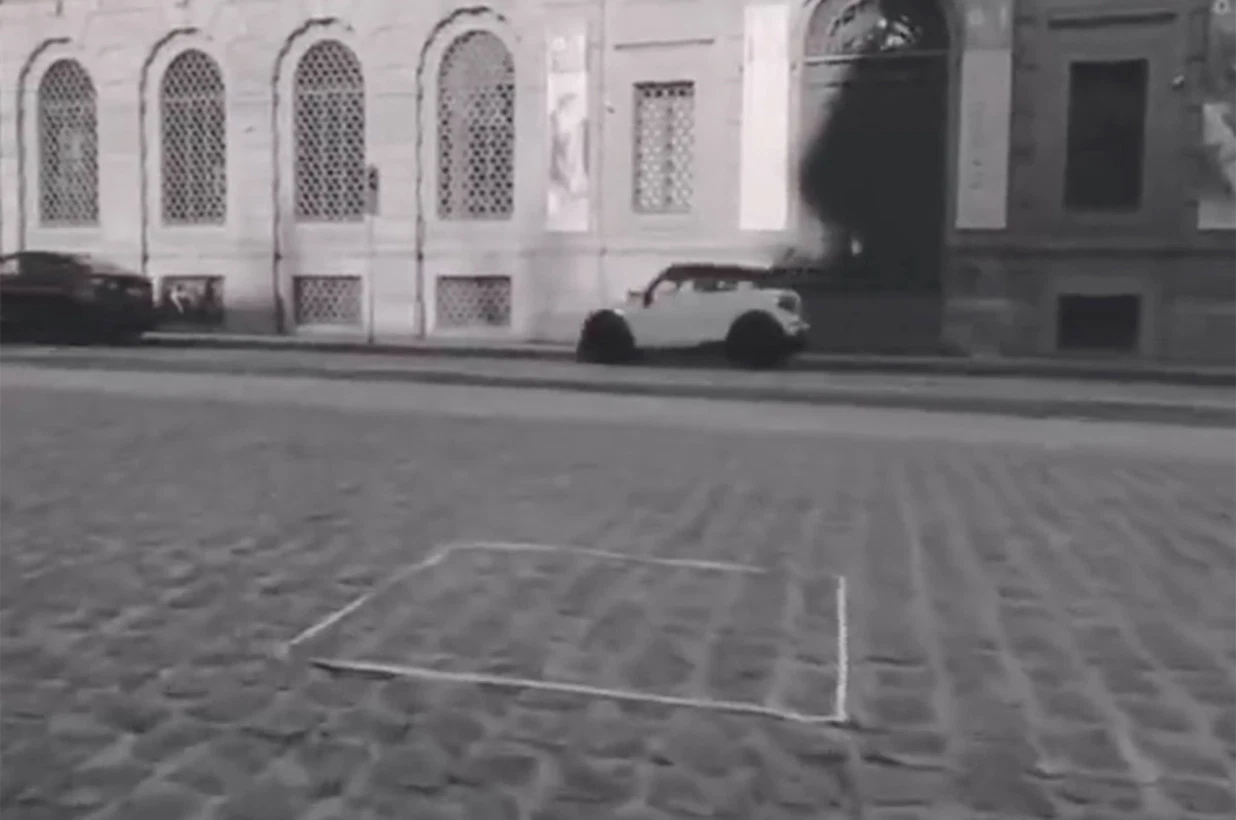 Italian artist Salvatore Garau sold an invisible sculpture entitled “Lo Sono” (I am) for over $18,000 as an NFT. In a market filled with what can be considered intangible assets, this truly intangible artwork makes a powerful statement on the power of belief, the nature of ownership, and blurs lines between the imaginary and the real. Contemporaries to this idea exist in the form of musical compositions of which the main component is silence, such as Schulhoff’s In futurum – a silent piece composed entirely of rests and time signatures that punctuate the lack of sound with imaginary synesthetic rhythm.

The artist says that the sculpture is made of air and spirit, and that “it is a work that asks you to activate the power of the imagination, a power that anyone has, even those who don’t believe they have it.” Croatian tennis player Oleksandra Oliynykova recently auctioned off lifetime tattoo and body art rights for a 15×8 cm space on her right arm between her elbow and shoulder. The NFT rights went for 3 ETH – around 5,415 USD at the time. The owner of the NFT gets to choose what goes on her arm, whether it’s temporary or permanent, or could choose to re-sell it later.

The 20-year-old tennis player has an International Tennis Federation World Tour ranking of 30, and participates in roughly 20 tournaments a year. The space on her arm is valuable real estate in the world of sports advertising, and as a young player, she’ll be able to offer visibility for whatever goes on there for many years to come. For Oliynykova however, it’s not just about the money. She wanted to secure her place in sports history and create a way to directly connect with her fans in an industry where the bridges between athletes and audiences are generally monopolised by big sporting agencies. 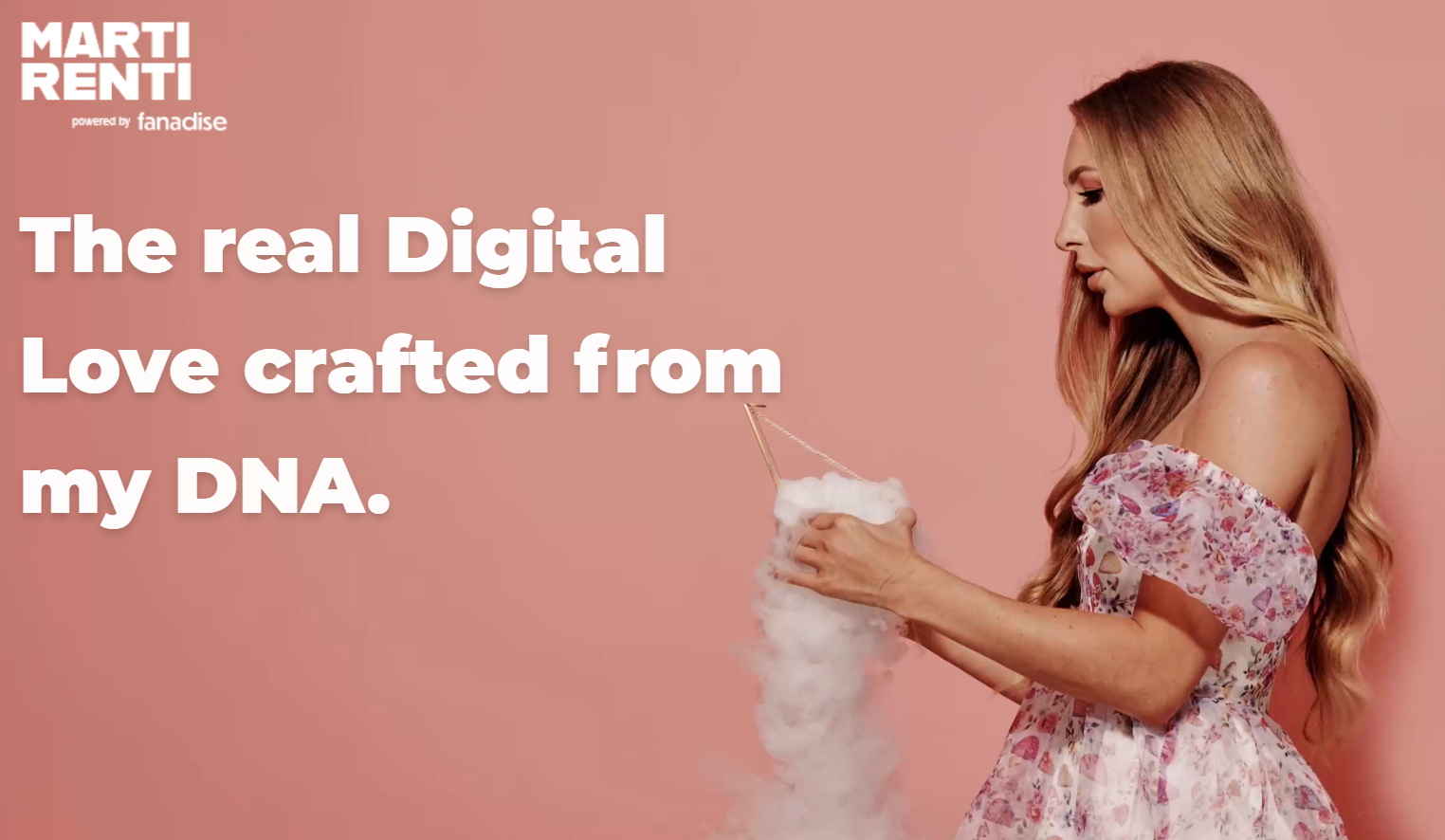 “Last night, I had a dream about you…”

Money can’t buy love, unless it’s from Marti Renti (@martirenti), the online persona of Polish influencer Marta Rentel. On July 13, she sold her “digital love” as an NFT to an anonymous buyer for USD 250,000. In addition to her digital love, the buyer also gets an IRL dinner date.

It doesn’t stop there, though. Marta has plans to sell all kinds of intangible assets, such as Emotion NFTs and Relationship NFTs which, according to her website, are crafted from her DNA. What does this mean? Who knows. Either way, potential buyers are aplenty, and Marta is planning to put a portion of her NFT sales into a charity of her choosing.

4. Criticisms of The Military-Industrial Complex 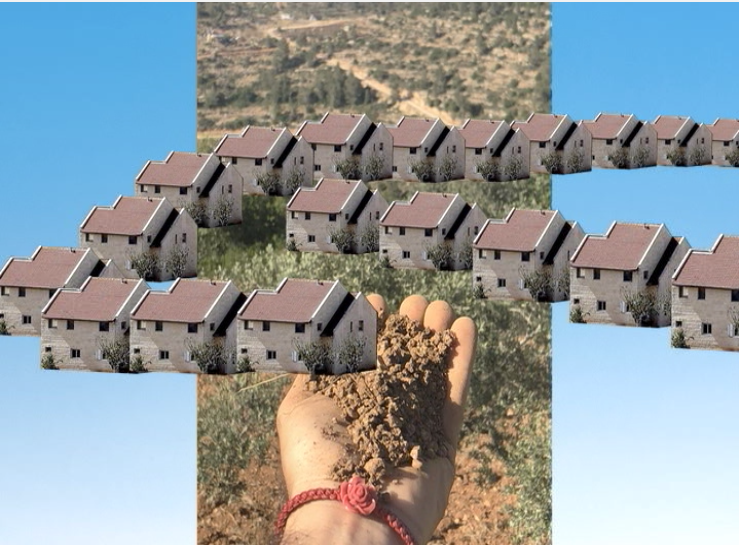 Khaled Jarrar is a political artist-activist known for works that explore modern power struggles and their socio-economic impact on ordinary people. On May 13, Khaled sold jars of sand from Ramallah in Palestine as NFTs on the same day that the Israel Defense Forces began airstrikes that marked the worst outbreak of violence in the region in the last 10 years. Titled If I Don’t Steal Your Land Someone Else Will, this NFT represents a symbolic reclamation of Palestinian land, and draws attention to the ecological crisis leading to the accelerating desertification of Palestine.

As quoted in an The Art Newspaper, Khaled said that “I’m selling little plots of Palestine that, for the first time in the last century, unequivocally belongs to whomever buys it. Non-fungible.” 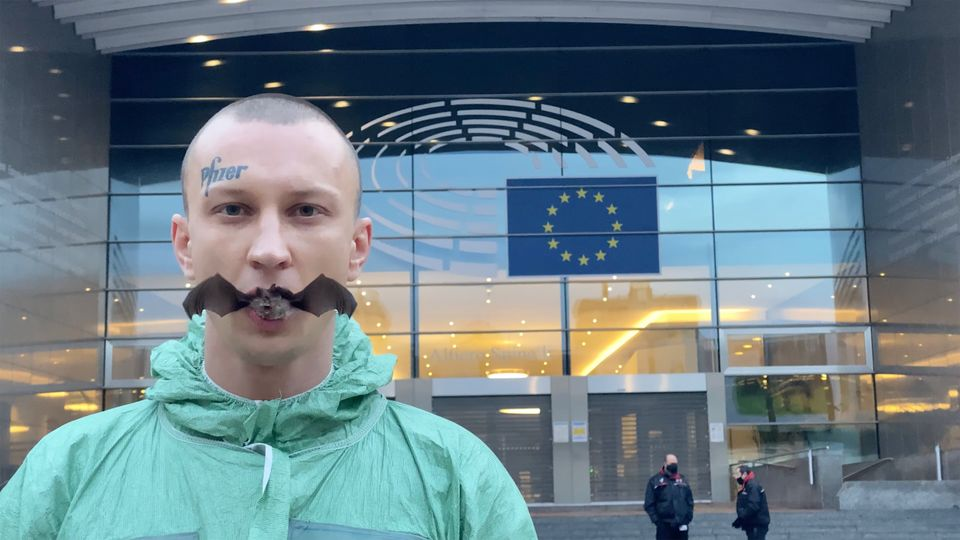 At the onset of COVID-19, Russian provocateur and performance artist Petr Dayvdtchenko created an NFT where he consumed a live bat in front of the European Parliament. Called Perftoran, this NFT is part of a “research project” on the coronavirus, and a protest against big pharmaceutical companies. This NFT may well be the first performance art NFT, and is on brand with Davydtchenko’s usual works, which promote the cultivation of roadkill as an alternative form of sustenance.  Davydtchenko shares credits for the work with the city of Brussels, whose police force arrested him and allegedly, “searched for the bat in [his] ass”. How do you digitize a fragrance? That’s the question that Berlin-based Look Labs tried to answer with Cyber Eau de Parfum, an NFT that gives you a digital reflection of the fragrance’s molecular makeup. The studio used near-infrared spectroscopy (NIRS) to create this digital reflection by measuring the molecular vibrations and recording the wavelength spectrums of the perfume.

Buyers get a special edition of the physical perfume, in addition to the digital artwork which comes in the form of a digital render and a colorful spectrogram that shows the recorded data. Its creators were inspired by the prospect that in the future, we might have technology capable of decoding the digital reflection and reproducing the perfume – similar to the transporter in Star Trek. It’s going to be a while before we get there, but for now, we can simply marvel at the beauty of science turned into art.

Film director Alex Ramírez-Mallis decided to sell his farts, and someone actually bought one for $85 dollars. He’s also attempting to sell a collection of recorded farts made by him and his friends over the last year. The NFT titled “One Calendar Year of Recorded Farts”, began production in March 2020, at the beginning of COVID-19 lockdowns. Crazy NFT ideas are often criticised for being a bunch of hot air, but in this case, it’s literal.

Do you have an NFT idea that’s just crazy enough to work? Mint it for free on Mintable.app today!