Sneaky Vampire Syndicate is a collection of 8,888 vampire NFTs which has seen incredible success, reporting over $35 million in sales within their first week alone! In a market flooded with PFP projects, Sneaky Vampire Syndicate stands out for a number of reasons: they have unique artwork by an esteemed NFT artist, an innovative minting process, a devotion to transparency, and a commitment to creating ongoing value for their community.

Having only launched in September of 2021, SVS had successfully completed the initial Roadmap within 6 weeks – which included giveaways, free merchandise for all holders, introduction to The Metaverse and a free Bat Companion NFT. Let’s take a closer look at why SVS is the project to watch.

Mig is a full-time, freelance artist with an extensive background spanning across several fields including books, board games, video games and film. Mig exploded onto the NFT space as an artist for the Bored Apes Yacht Club project, and carried over his skill, experience and expertise into SVS.

Each Vampire Mig crafted for SVS is unique, hand drawn with their own characteristics and expressions. There are 9 general body types for the vampires, the most rare being the gold and sparkle vampires, as shown below.

While the art alone is incredible, the team at SVS has worked hard to create utility for their holders. Members of the SVS community are able to use their vampires for an upcoming Sneaky Vampire Syndicate game, a single player 2D side-climbing mashup between NES Castlevania and roguelike permadeath games like Spelunky. While the game is still in development, the premise has been teased in their discord server:

Dracula’s Castle, a once impenetrable fortress, has fallen; overtaken by vampire hunters and werewolves, Dracula is nowhere to be found. After hearing the news, you, a new Vampire Syndicate, have taken it upon yourself to approach the now dilapidated castle in an attempt to retake it for the Brood. What rests inside is unknown and the castle is ever-changing.

The SVS team also launched staking 4 weeks after their successful launch & mint. The $BLOOD token is purely a UTILITY token which the SVS universe is based around. Staking is handled via their Dashboard, where holders can select Vampires that they wish to stake. If you stake a Vampire; you receive 3 $BLOOD/day and if you stake a Bat; you receive 1 $BLOOD/day.

After the Generation 2 Release, we have breeding scheduled. In which a Generation 1 + Generation 2 Vampire can be bred to produce a new NFT. $BLOOD will be used to complete this process.

Along with direct use for $BLOOD within SVS, it will be used within their collaborations and partnerships with other brands. They have a lot more in the works that will utilize $BLOOD Tokens, including being able to purchase a bottle of their private label champagne launching in 2022, in collaboration with Shammi Shinh, the creator of Goût de Diamants – the world’s most expensive champagne. 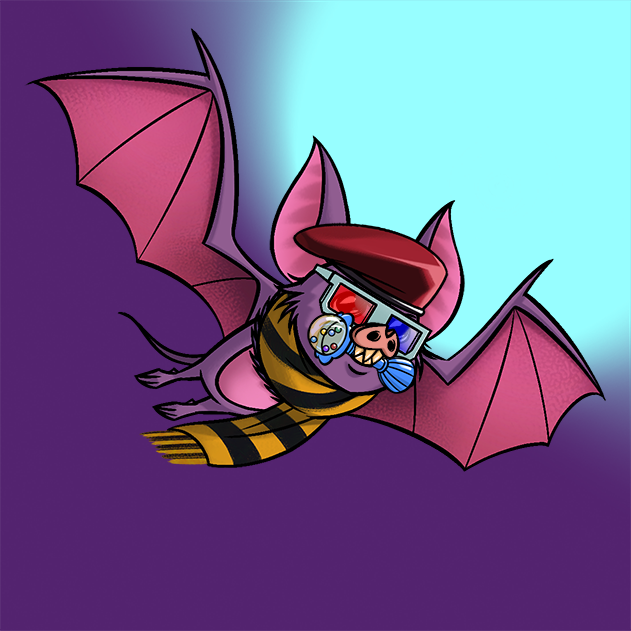 Engagement with the community is one of the things that really makes SVS stand out from other projects.

“From the beginning, one of our main priorities was to build an engaged community. So many projects are launching nowadays, with not a lot setting them apart. There is often ‘hype’ around a project when launched, which slowly fades over the next weeks and months as little additional features are added by the project team.

We knew this was exactly what we wanted to avoid when launching SVS – with continued additions and updates all appealing to the community, weeks, months and years after the project launch. We almost instantly saw results, as from the start we always listened to what the community had to say, asking them what they thought could be done better and what they’d like to see.

We grew the Twitter and Discord at similar paces through activities such as the derivatives contest, which was for artists to show their work and how they could add their creative flair to our project! The overall process was amazing, and we couldn’t be happier with the community feedback we have heard so far. We have been implementing this into a lot of the partnerships, collaborations, utility and features we plan to launch in the future and can’t wait for everyone to see.”

The Future Of The Syndicate

SVS is currently working towards completing their Roadmap 2.0, which includes:

They also plan to expand into more real-life utility – to host events, meetups and concerts in cities across the globe to provide a community meetup point for Vampire Holders worldwide. They can’t share too much about what they have coming up – however, they have some large plans currently being actioned, in the works, and soon to be announced.

“We have several features and partnerships planned for both December and into 2022 and can’t wait to share them with everyone – we’re sure the Vampire Community will be excited!”

JOIN OUR ELITE COMMUNITY OF DIGITAL COLLECTIBLE ENTHUSIASTS We present to you the Courageous Defenders Team! Are you a fan of Marvel's Avengers or The...
Read more